Your web browser is out of date. Update your browser for more security, speed and the best experience on this site.

After George “Buck” Lewis became president of the Tennessee Bar Association in 2008, he attended a series of court-sponsored public meetings that addressed unmet civil legal needs around the state.

During one of those meetings, he was struck by an idea.

“It just occurred to me that there were lawyers sitting in this hearing on BlackBerrys—they were BlackBerrys back then—emailing their clients,” says Lewis, a shareholder in Baker, Donelson, Bearman, Caldwell & Berkowitz’s Memphis, Tennessee, office. “Could we provide legal services that way for pro bono clients?” 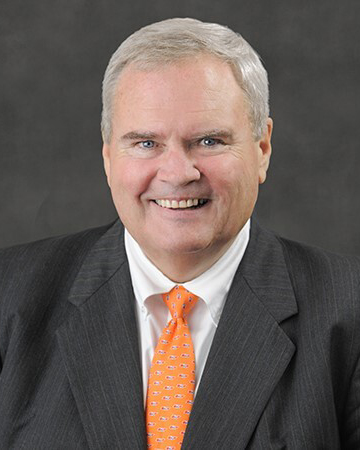 “It was just a simple idea, but it came along at the right time,” says Buck Lewis, who helped found ABA Free Legal Answers.

Lewis talked with his firm’s IT staff, who developed code for an online program that could facilitate conversations between pro bono lawyers and people who needed legal assistance. He helped launch the platform—which served as a virtual legal advice clinic and became known as Free Legal Answers—in 2011. He also shared the code with colleagues in Indiana, South Carolina and a few other states.

Lewis later joined the ABA Standing Committee on Pro Bono and Public Service and after discussing Free Legal Answers with other members, he began leading the association’s effort to make the program available nationwide.

Since ABA Free Legal Answers launched in 2016, more than 11,000 pro bono attorneys have registered to respond to civil legal questions from income-eligible users in 41 jurisdictions. The program is run in partnership with a number of state and local bar associations, as well as legal services organizations throughout the United States. The platform also now accepts questions on federal immigration and veterans’ issues.

“I heard for years that some jurisdictions didn’t have any kind of traditional walk-in, limited scope clinic and the ones that did were often out of reach for clients because of limitations of time and space,” Lewis says. “As emails and the internet became more ubiquitous and available at libraries and churches, and more available to the public, it was just a simple idea, but it came along at the right time.”

ABA Free Legal Answers reached a major milestone in November, surpassing a total of 250,000 questions. Civil legal questions receive a response from a volunteer attorney or a list of relevant resources. Volunteer attorneys respond to most questions, but they cannot answer criminal law queries.

“For more than six years, ABA Free Legal Answers has provided a critical resource for civil legal matters for those who cannot afford an attorney and have nowhere else to turn,” ABA President Deborah Enix-Ross said in a news release. “We have now topped the quarter-million mark in questions and have more than 11,000 volunteer lawyers nationwide generously providing services.

“We are so grateful for those attorneys who have participated. But the need is still great. We urge other attorneys to step up and assist as well.”

Henry Su, the chair of the Standing Committee on Pro Bono and Public Service, began volunteering with the platform in 2019. He had handled several pro bono cases but never had heard of the virtual legal advice clinic until he joined the committee. 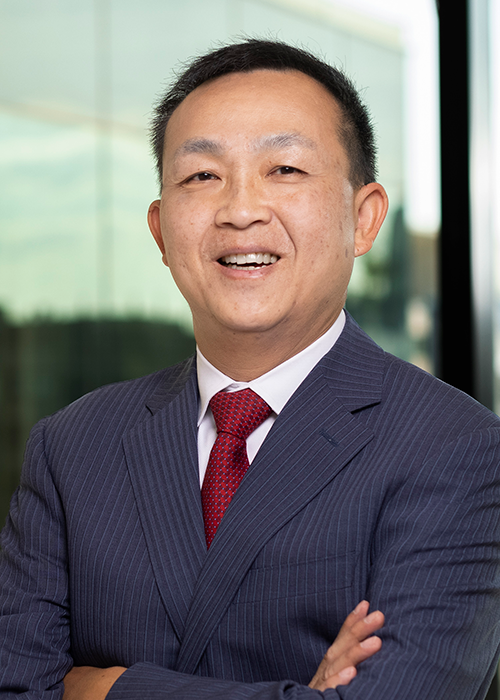 “It’s not hard to find some free time to do 15 or 20 or 30 questions in a given year,” says Henry Su, chair of the Standing Committee on Pro Bono and Public Service.

Su suspects the same could be true for many ABA members, who may only think of pro bono work as finding someone a lawyer to represent him or her in a dispute.

“But sometimes there are people out there who say, ‘I don’t know that I necessarily need a lawyer. I just need some guidance to steer me in the right direction,’” says Su, a partner in the Washington, D.C., office of Bradley Arant Boult Cummings.

The limited-scope representation is a selling point for many volunteers, Su says. ABA Free Legal Answers also provides some flexibility, allowing attorneys to filter questions by subject matter and to decide when to respond.

When Su started with ABA Free Legal Answers, he answered nearly 150 questions in a year. While he hasn’t been able to take that many questions since then because of other duties, he still finds time to volunteer.

A past chair and now special advisor to the Standing Committee on Pro Bono and Public Service, he volunteers for the platform. He is also an alumnus of the University of Tennessee College of Law and works with students to answer questions during its pro bono clinics.

Lewis makes a point of sending questions to students ahead of time so they can prepare their responses.

“You have more of an opportunity to give a good answer than you would in a library on a Saturday morning,” he says. “It also drives home the lesson for students that pro bono is important and helps familiarize them with Free Legal Answers before they even graduate.”

At least 21 ABA Free Legal Answers service projects were completed in October as part of the National Celebration of Pro Bono. Also that month, the ABA Section of Litigation hosted a service project at its Fall Leadership Meeting, where at least 26 attorneys answered nearly 60 questions from residents of 17 states.

ABA Free Legal Answers is collaborating with the Legal Design Lab at Stanford University and Baylor Law School to improve the experiences of people seeking legal assistance through the platform. As part of a current project, they are working to identify and provide responses to frequently asked questions in the highest need areas.

Users in states that have experienced natural disasters, such as Hurricane Ian, also can access relevant responses and resources.

“We’re not going to solve the justice gap with one website,” Lewis says. “But in my view, it’s become something that any state would want to have in their toolbox.”

Additional information can be found in this video overview of the program. Attorneys can sign up to volunteer by visiting ABAFreeLegalAnswers.org and selecting “Attorney Registration.”

Updated on Dec. 7 to clarify that more than 250,000 questions have been received by ABA Free Legal Answers, and list the kinds of response each questioner might receive.